Senator Brian Crain demonstrated exceptional regard for the rule of law, this past week.Oklahoma Constitution- Section V-23: Ineligibility to appointment to office – Interest in contracts. No member of the Legislature shall, during …

Rep. Tom TancredoWill Tancredo Save The Colorado Republican Party?  Libertarians, Entrepreneurs, and Moral Traditionalists have had a mixed history of finding common values, in many parts of the U.S., but in Colorado, there have been some scuffles…

Oklahoma State Republican Party Chairman, David Weston, is reported to have demanded that Carter County republican Chairman, Anna Flatt resign from her party post, after declaring her candidacy for US Congress in District Four. Chairman Flatt is one of the active Republicans running alongside the incumbent, Tom Cole.

The McCarville Report is quoting Chairman Flatt’s recount of the encounter with Chairman Weston.

A Response from Anna Flatt To David Weston

I will take some effort to break down the Oklahoma Republican Rules in Three Parts:

Anna Flatt’s Duties and rights
The Oklahoma Republican Party Rules go into significant detail about the county party structure and interaction. Each County is also encouraged to address county needs through their own additional rules, so long as the rules are properly approved at a county party assembly. I am not currently aware of specific Carter County party rules, so I will need to qualify my statements as potentially moot if a Carter County rule does go further into a related issue.
The only clear restriction I find in the Oklahoma State Party Rules would not apply until a Republican nominee is officially chosen through a lawful means (a primary election). At that point, Chairman Flatt is duty bound to not undermine that nominee through either running in the general election or endorsing someone else who is running against the party nominee.
Most counties have an understanding that the party should, itself, stay neutral, but the individuals can endorse or campaign for themselves or others, but should not use their party leadership credentials for the benefit of one candidate. There is no specific rule being broken in this case. It is usually a self-imposed restriction for unity’s sake.

The party does have a rule against using party assets to aid someone who is in a contested primary. Ironically, State Chairman Weston appears to have violated this rule when he used the state website & email assets to promote a fundraiser for Tulsa mayoral candidate, Dewey Bartlett jr. while he was opposed by fellow republican, Bill Christiansen, in 2013. After significant complaints, The Weston administration also promoted a Bill Christiansen event. Perhaps that served to appease the candidates and Chairman Weston retained his office.
But Anna Flatt’s letter makes a point regarding the use of state party assets to promote John Doak. It is a more serious concern, because party assets are being diverted to just one of the candidates. to the harm of another Republican candidate.

Another serious violation of Party Rules may have occurred in Chairman Weston’s alleged demands.

If it can be demonstrated that State Chairman sought to use his position to improperly & deliberately seek to abridge the County Chairman’s participation, then a “sacred” violation may call for adjudication by the State Republican Executive Committee and the larger State Republican Committee.

Proper Adjudication of Violations
The party rules sate that generally, the same body which appoints or elects a party leader, has the authority to remove that leader. This means that Carter County’s Republican organization is responsible to oversee their leaders and their specific rules.
If Anna Flatt has violated a rule, The Carter County Republican Executive Committee would have to make that finding and refer the matter to the Carter County Republican Committee to take appropriate action, such as a reprimand, restriction, or removal.
These type of actions require a formal notice of impending action with a 10 day notice. The accused is given a full opportunity to defend themselves before the oversight body.

Perhaps a simple clarification from Chairman Weston’s office will put this issue to rest. It is disappointing that this takes precious time and attention away from a candidate’s limited capacity, but if a rule is being broken, then it needs to be respected through proper enforcement of party discipline.  However; I am more likely to believe that David Weston is not being properly advised and does not fully understand the rules. I have studied these rules for over 20 years and I am still learning things every year.
I highly recommend that party members be fully aware of the Oklahoma Party Rules, found here:

Despite all the hot air and distracting militia overtones…Despite the endangered species and Chinese solar projects…And despite the thuggery of federal agents and range grazing fees.   There exists a fundamental issue of  what powers…

How many children have to die, before we act… 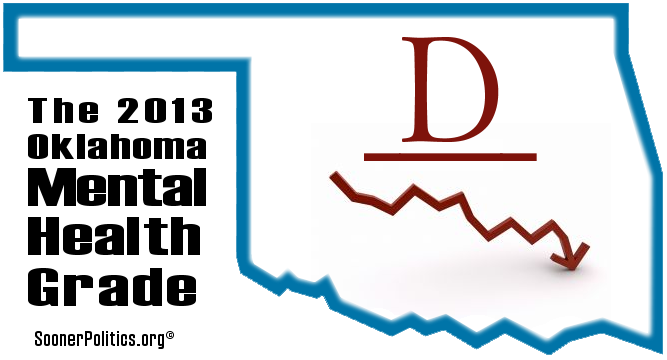 In 2008, NAMI conducted their 2nd national study and grading of the several states’ effort to bring relief for mental illness. Oklahoma was among the 6 top states for levels of improvement in state mental health resources. The Oklahoma legislators gave themselves a “pat on the back” for being the heroes of the afflicted.

But since that study was published, in 2009, a sad legacy of neglect has hit the sooner state, and the capitol building has a cloud of collective shame settling in.
Every state felt the effects of the 2008 economic crash. Yet the Sooner State leadership used this excuse to cut mental health resources by a higher percent that 35 other states. 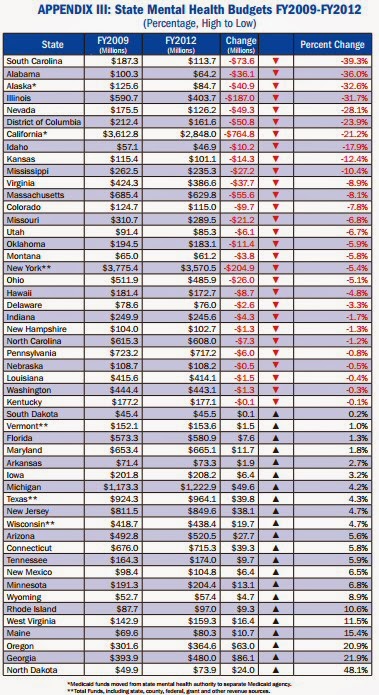 Even without taking inflation into account, Oklahoma cut mental health resources by 5.9%. When you  factor inflation, the cut becomes more than 12% over the 3 years of 2010-2012. When you factor in the medical inflation rate, the cuts are absolutely devastating. If not for some promising new legislative initiatives, Oklahoma could not justify any claim to a passing grade. ‘D’ is the best grade that Oklahoma’s state government can mercifully be granted, in my best judgment.

“It’s going to cost us,” said Rep. Gus Blackwell, R-Laverne, who’s heading a House study on how the state should handle the growing inmate population. In 2014, Blackwell estimates;  “the state will need an additional $25 to $30 million in next year’s budget just to address overcrowding at corrections facilities.”. And this is just for inmates of state-run correctional facilities. The 77 county jails and municipal detention facilities have borne an even greater financial hit.
Is there a connection between the mental health neglect and the ballooning costs of incarceration? Absolutely! The Oklahoma prison population began an astronomical climb in 2011. The mental health funding was cut at the beginning of the previous year. Only Louisiana, Mississippi, and Alabama have a higher rate of state incarceration than Oklahoma. Why do conservative administrations so foolishly spend so much more money on incarceration as a ‘cure-all’ for people we find inconvenient to care for?
When will relief come? It will come as soon as preventative and crisis resources are available and utilized. But the prison budgets will still be with us, unless judges or parole boards also tap into treatment alternatives.
sadly, we will have to fund prisons and full mental health resources at higher levels, until the intervention treatment begins to change the prison populations. But Oklahoma currently incarcerates at a higher percent than any other American state.
Mentally ill people are not criminal. Criminality requires criminal intent. An ill person’s delusions and desperation are a greater punishment than jail cells, but the harm caused by delusional acts are still difficult for a society who is looking for someone to punish. A society has a moral right to demand accountability in the stabilization of an ill person whose behavior has harmed others. To this end, Oklahoma’s senate has passed an Assisted Outpatient Therapy bill which would mandate accountability of such individuals. The threat of incarceration may serve as an excellent deterrent, for the benefit of all of us.