“In many ways, the House Republican proposal released last night not only accepts the flawed progressive premises of Obamacare but expands upon them. Ronald Reagan once said, ‘Government’s view of the economy could be summed up in a few short phrases: If it moves, tax it. If it keeps moving, regulate it. And if it stops moving, subsidize it.’ The AHCA does all three.

“Many Americans seeking health insurance on the individual market will notice no significant difference between the Affordable Care Act (i.e., Obamacare) and the American Health Care Act.  That is bad politics and, more importantly, bad policy.

“Rather than accept the flawed premises of Obamacare, congressional Republicans should fully repeal the failed law and begin a genuine effort to deliver on longstanding campaign promises that create a free market health care system that empowers patients and doctors.”

Since the January, 2014 rollout of the Affordable Care Act (ObamaCare), the Democrats’ claim of an inevitable drop in family healthcare spending has proven to be a lie.And not just a little lie.  Texas Senator, John Cornyn called it; “One of the biggest cases of consumer fraud ever perpetrated upon the people of the United States.”  In the previous few years, American consumers had seen a relative leveling of healthcare expenses. Even a slight d […]

An Oklahoma insurance professional and former lawmaker will serve on the new committee formed by President-Elect Donald Trump to evaluate change to the nation’s health care system.

Wayne Pettigrew, the owner of Vanguard Benefits Group was contacted by officials with the Trump transitional team on Wednesday. The committee’s first meetings are to begin as early as next week.
Trump has vowed to “Repeal and Replace Obamacare” which is the nation’s law that requires individuals to purchase health care insurance coverage or face tax penalties. The law also has penalties for companies with over 50 employees that fail to offer compliant health insurance coverage.

Pettigrew said that he was honored to be asked to serve on the committee but expects the meetings to be intense. “I’m looking forward to serving but there is a lot of work to be done and a lot to evaluate and not much time before Congress goes back in session in January”, said Pettigrew. The meetings will be held in Washington DC.

Pettigrew is the immediate past president of the Oklahoma Association of Health Underwriters and has had experience in designing health insurance plans for over 30 years.

Pettigrew served in the Oklahoma House of Representatives from 1994 to 2004 and was the author of the state’s Insure Oklahoma law that uses federal matching funds to leverage employer and employee dollars to provide health insurance to lower income employees and individuals. He was a Republican candidate for US Congress in 2012. 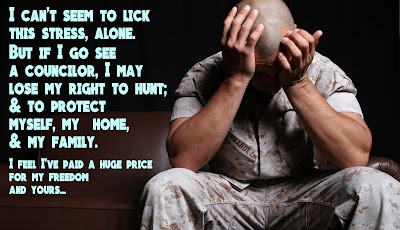 Activists are speaking out in opposition to the actions of the White House, today.
Mental health activists are warning:   “This new Executive Order is the biggest deterrent to getting help from counselors, therapists, doctors, and other healthcare professionals.”

This year I have witnessed the quickest deployment and implementation of a major state governmental process that I have ever seen. I think this success provides the ideal state counterpart example to the shortcomings demonstrated by the federal HealthC…

Oklahoma legislators have become rather accustomed to receiving emails and calls from those who are intensely worried about ongoing federal overreach. Many of these contacts are from those who want state officials to do whatever is possible to stop the…

OK-SAFE, Inc. – The people of Oklahoma held a Rally for Healthcare Independence on Saturday, July 7, 2012 on the steps of the Oklahoma Capitol in response to the recent U.S. Supreme Court decision on the Patient Protection and Affordable Care Act (PPACA, aka “ObamaCare”).  Organized by the OK Tenth Amendment Center and several other […]