The last few weeks of a legislative session tend to be the most dangerous, as far as bad legislation is concerned. That danger increases if the legislature is facing a budget shortfall, like they are right now.House Bill 3213 was filed this week as a “…

Amid talk that the Republican-led Oklahoma legislature may approve major tax increases and a Medicaid expansion, OCPA Impact is out with a television ad against the proposals. Watch below: 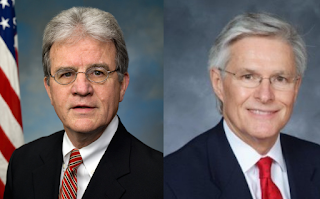 Coburn, Parman: Medicaid ‘rebalancing’ plan is Obamacare by another name
by Tom Coburn and Larry Parman

The Oklahoma Health Care Authority’s Medicaid “rebalancing” plan is being considered by lawmakers. The plan is simply Obamacare Medicaid expansion rebranded. As conservatives concerned about fiscal responsibility, we urge lawmakers to reject it.

The rebalancing scheme is a policy that expands the scope and size of the federal government and increases dependency on government programs. It removes one more state barrier that separates us from a single-payer system in the United States. And of course it would further balloon state taxpayer spending by $1 billion (at a minimum) over the first 10 years and would increase the federal debt by $10 billion.

According to OHCA, the plan would add some 175,000 to the Medicaid rolls while promising to shift a similar number to the flawed Obamacare private market in the future (though it’s quite unlikely that portion of the plan will ever happen). Yet one study suggests that half or more of those targeted for expansion are already covered by job-related health insurance.

As the Congressional Budget Office noted, this creates an incentive not to work. The 175,000 targeted by OHCA are able-bodied adults. The proposal would increase from 27 percent to 33 percent the number of Oklahomans dependent on health care entitlements in addition to Medicare.

A core element of the OHCA proposal is qualifying for Obamacare funds that would require gutting the Insure Oklahoma program by removing enrollment caps, work requirements and accountable cost sharing. This plan would simply force more Oklahomans onto the welfare rolls. Can anyone sensibly suggest that our strapped state or federal budget can afford another vast entitlement program?

Nor can OHCA provide reliable cost estimates. The numbers keep increasing, meaning our liability is open-ended and guaranteed. Not one state using a similar plan has seen a reduction in costs to the state. All have increased.

In fact the OHCA proposal is similar to an unfunded pension liability, except that the cost will have to be funded each year. Oklahoma has finally taken steps to address that pension budget hole; the state can’t afford to open the spigot for yet another costly program.

Supporters argue this is not expanding Medicaid because participants would be insured by private carriers. That’s somewhat disingenuous because the funding mechanism — and more important, the financial responsibility — will be that of state and federal taxpayers.

Oklahoma rejected the Obamacare exchange grant, saving the state hundreds of millions of dollars in state-based exchange cost overruns being experienced by other states. Now we’re being urged to accept funds from the federal government along with their requirements to run a health care program, according to their rules.

Gov. Mary Fallin had it exactly right in her 2014 State of the State address: “We cannot plunge this nation further into debt, or place Oklahoma on a fiscally unsound path, by expanding Medicaid. Both the president’s plan and alternative proposals that rely on federal dollars in the Affordable Care Act amount to the same thing: a dramatic growth in unsustainable government spending.”

Coburn, a former Republican U.S. senator from Muskogee, has served thousands of Medicaid patients as a medical doctor. Parman, an attorney, has served as secretary of state for Oklahoma and secretary of commerce. 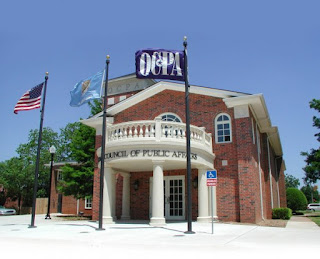 The Oklahoma Health Care Authority has proposed to “rebalance” our state Medicaid system, supposedly to better serve the poor. Unfortunately, a closer look at the plan reveals that it’s just another attempt to backdoor an unaffordable Medicaid expansion.

OHCA has provided few specifics about its plan, but we do know the basics. First, “rebalancing” would create a new health insurance entitlement for up to 628,000 able-bodied adults. OHCA says that only 175,000 would be added to the rolls, but in states that have already undergone “rebalancing,” actual new enrollment surpasses projections by an average of 91 percent. In fact, OHCA’s own consultants have estimated as many as 628,000 able-bodied adults would be eligible under this plan.

A study by the Lewin Group, a prestigious health policy consulting firm, found that more than half of those new Medicaid clients under the “rebalancing” plan are already covered by private insurance plans, most of them job-related. They aren’t uninsured at all.

Worse still, Oklahoma’s Medicaid program already has a lengthy waiting list for truly needy children and adults with intellectual and developmental disabilities who have been waiting — for a decade in some cases — to receive Medicaid services. So this “rebalancing” would shift hundreds of thousands of already insured Oklahomans onto Medicaid while telling the most vulnerable to step aside.

OHCA also proposes to deliver Medicaid services to these new enrollees through commercial health plans, which is doublespeak for implementing the Affordable Care Act expansion that our policymakers have already rejected. Other states that have followed this path found that shifting Medicaid patients to the exchange cost almost twice as much as simply broadening Medicaid.

OHCA suggests a trade-off: shifting some 175,000 higher-income pregnant women and children off Medicaid and onto the exchange three years from now. But recall that all but one exchange health care provider have already pulled out of Oklahoma due to prohibitive losses. Who will underwrite this new coverage?

OHCA has an answer: You will. The proposal is vague, as all plans for tax increases tend to be, but the agency has hinted at a combination of higher tobacco taxes and taxes on health care providers, which would inevitably be passed along to patients. This new revenue would be used to increase Medicaid provider rates, which already rank the 13th highest in the country.

To hear OHCA talk, one would think the state denies health care to hundreds of thousands of Oklahomans. Yet Medicaid has already grown exponentially through the years. Twenty years ago, our state paid $315 million for Medicaid. In 2015, state taxpayers paid $2 billion to fund a program that now serves more than one out of every four Oklahomans.

In order to protect core services, and more importantly our state’s most vulnerable, lawmakers should heed Gov. Mary Fallin’s warning in 2014. “Both the president’s (Medicaid expansion) plan and alternative proposals that rely on federal dollars in the Affordable Care Act amount to the same thing: a dramatic growth in unsustainable government spending.”

Small is president of the Oklahoma Council of Public Affairs. Ingram is vice president of research at the Foundation for Government Accountability.