Robert Corone and Joshua Macias (I couldn’t find the spelling of their names) are being interviewed by Ann Vandersteel. They tell us some very explosive information such as there will soon be a website to bring us the truth about Russian Collusion Story and the corruption in the previous administrations. I believe that “YourVoice” and Ann Vandersteel wants this information out, so I am presenting it to you. It is just over an hour long which is standard for all the MSM networks. Hang in there and listen to some real truth, not the propaganda that the MSM is putting out.

Vic Regalado (right) faces questions of violating state campaign laws.   KOTV Reports, tonight that Sheriff Candidate, Vic Regalado has a lot of explaining to do, but he won’t be providing any answers until after the election, if ever. His campaign money is coming from a felon, several out-of-county sources, reserve officers (like Deputy Bates was), and a very bizarrely connected group who allegedly all gave the maximum on the same day?

[Editor’s note:  There is at least one good option on your ballot, OKGrassroots has not endorsed a candidate officially, but Sandra Crosnoe believes you should take a close look at and give consideration to Jason Jackson.  His answers to the Tulsa 912 questionnaire link published earlier caught her attention.]

Our political system is broken and can only be fixed by someone who understands our political system. I am voting for Rand Paul for President because he is the only candidate who understands and is committed to our Constitutional Republican form of government. He has refused to compromise or pander to special interest groups or the media to get their support. Isn’t that what most Americans want? We don’t need someone who talks tough and pushes emotional hot buttons. We need someone who has proven he is tough by staying consistent and fighting for our God given rights. Rand Paul is the one who has shown he has the commitment and integrity to correct the problems we face. Please join me in making Rand Oklahoma’s choice for President. 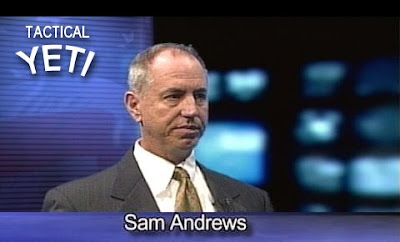 Sam Andrews; the high-profile leader of the St. Louis area Oath Keepers group, has split with the national organization. He argues that his group wants Ferguson law-abiding citizens to keep the same respect and rights as the friends of the Bundy ranch & the citizens of Ruby Ridge, Idaho.
The visuals of the Ferguson protests have created a PR problem for the national leadership. Veterans and law enforcement have been very troubled by the notion that an angry black protester might be constitutionally holding a gun.

Tim Farley, of the Red Dirt Report, posted up a weekend story of the Oath Keepers’ next planned protest in Ferguson, Mo. He reports on the St. Louis chapter of Oath Keepers and their plan to arm the peaceful protesters with semi-automatic rifles, to protest the local police department’s unconstitutional ban on bearing arms in the city of Ferguson.